For some time now, workers in sectors such as manufacturing, agriculture, mining, retail and administration have stood by as robotics and software systems have replaced many of those more mundane and repetitive tasks that used to be handled by humans. It was long thought that occupations that required higher-level thinking, creativity and critical analysis, such as medical specialties, government, education and law were relatively immune to intrusion by automated workers. That sense of safety has just been shattered – for better or worse.

By now you would have heard of Watson – IBM’s astounding artificial intellience engine. The Watson platform was named after IBM’s founding CEO, Thomas J Watson, not for Sherlock’s fictional investigative assistant, but both are apt references, as the system is designed to take natural language input (such as spoken or written questions) and to scour huge databases of information for appropriate responses – and supporting evidence. Just as IBM’s Deep Blue intelligence system made it into the public consciousness when it beat renowned chess champion Garry Kasparov in a series of hess games, Watson leapt onto the public stage in 2011 when it defeated two former Jeopardy! winners in a televised show-down. In the five years since, Watson’s capabilities have advanced dramatically.

The system is now used to crunch numbers and analyse data in the financial sector, to draw from input from doctors and to deliver diagnoses and potential treatment plans for patients, and to crawl though legal, contract and administrative data for large corporations. 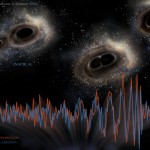 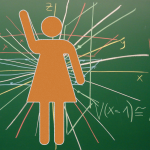