Have you heard the hoopla surrounding the detection of gravitational waves, but you’re not sure what this means, why it’s important or how it might affect the world from this point forward? If so, the following five-minute audio track hopes to shed some light on this groundbreaking achievement. Below the podcast is a transcript, for your convenience.

With one little “Chirp!”, physics has changed forever.

This week, scientists from a collaboration known as LIGO announced that they had detected something called “gravitational waves”, and no doubt you’ve heard that this is something very exciting.

Why is that the case?

Well, when Albert Einstein published his theory of general relativity just over 100 years ago, his ideas formed the basis for our current understanding of how space, time, gravity and matter interact. He proposed that the gravity of supermassive objects could warp both time and space, and he made a case for the existence of black holes and the effects of stars exploding into supernovae. Under his theory, space and time effectively tell matter how to move, and matter reacts back through gravity and acceleration, telling space how to bend.

One by one, the assertions made in Einstein’s theory have been proven, and they’ve given us a much deeper understanding of celestial mechanics – the workings of the cosmos – than what we thought possible according to Galileo and Newton’s frameworks for gravity. Virtually all aspects of Einstein’s general relativity have been affirmed through observation and experimentation. That includes gravitational time dilation (which is a finding that made GPS technology possible), gravitational lensing (where light itself is seen to bend under the effects of supermassive objects) and many others. Gravitational waves were the only major component of Einstein’s vision of the Cosmos that humanity had yet to confirm.

So, why has it taken so long?

Everything made of matter, including the Earth, the chair you’re sitting on, and even you, is thought to project gravitational waves. These waves travel at the speed of light and create tiny ripples in the fabric of space-time as they go. They alternativel stretch and squeeze space as they travel, but the amplitude of the waves is so miniscule, that instruments of the past were simply not capable of detecting them.

Which brings us to LIGO. The LIGO Observatory is the result of an ambitious international collaboration. It cost $620 million to build, and has been operating since 2002. LIGO uses a laser-based detection device that is able to track motion down to 1/10,000th of the width of a proton, so way, way, way smaller than an atom. Even at that level, the observatory was looking to detect waves from cataclysmic events between massive cosmic objects, in order for the activity to be measurable.

On the 14th of September 2015, LIGO’s equipment chirped to indicate that it had detected something that could have been a gravitational wave. Both of LIGO’s detectors delivered the same reading. It was a signal that has travelled for 1.33 billion years through space, starting when a binary system of two black holes collided together. The signal was detectable for just 1/10th of a second, before it had passed. The LIGO team spent the past few months poring over data to ensure that their instruments had indeed found this missing puzzle piece.

Just think. The precision required to detect activity from an event that happened more than a billion years ago, in wave amplitudes much smaller than an atom, with a window of detection of less than a second, is astounding. The fact that humans have developed a body of knowledge and technology far enough to accomplish such an act is simply mind blowing.

So the question is, where to from here?

Was this just a matter of chance? Did we turn on the detectors at just the right time, or could this be a relatively common occurrence?

Now that we are certain gravitational waves do exist, public and private research bodies will be able to invest with confidence in technologies that utilise this effect. In the public space, harnessing gravitational waves may help us to “feel” our way through the cosmos and to locate celestial bodies that can’t be found using light or radio waves, including neutron stars, black holes and extremely distant objects. We may even be able to see all the way back to the beginning of the universe, which is kind of a big deal. Even for those objects that we can already “see”, this technology may help to reveal the contents of a given star or planet by helping us to better determine its mass.

In the private sector, this finding opens up opprtunities for us to understand more about gravity and to potentially develop technologies that manipulate gravity for our own purposes, which could lead to revolutionary propulsion systems and so much more.

It’s hard to overstate what a landmark moment this is for astronomy, cosmology and physics in general. By seeing deeper into space and further back in time, and harnessing the power of gravity like never before, humanity will advance its understanding of how we came to be here, what awaits us “out there”, and how we can best make use of the natural forces of the universe.

So thank you, Mr Einstein. And thank you LIGO. This, is just the beginning. 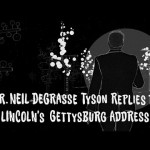 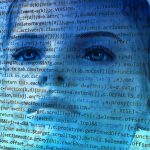